ODSI is commemorating the 10th anniversary of the first installation of its real-time well/reservoir evaluation package, Well Analyzer-RTS. The purpose of ODSI’s service is to automate many of the time-consuming reservoir and production engineering calculations and analyses, then present those results to the engineers in a manner that can be acted upon in a timely fashion. The service keeps track of a well/reservoir’s skin, perm, productivity, reservoir pressure, and remaining hydrocarbon volumes. The service also determines how much more flowrate a well can safely deliver and is designed to recognize well/ completion/reservoir problems while they’re still manageable.

When ODSI first began running its service, the company thought that by providing the things listed above, the client’s engineers would be able to observe what was going on with their wells, then review and validate ODSI’s automated analysis, and then quickly make decisions about how to improve the well’s NPV.

But it turned out that no one was looking at their wells unless something went wrong. Like the ‘tree falling in the woods’ quasi-paradox, if no one was using the system to create value, no value would be created. That did not bode well for ODSI’s longevity.

Once ODSI realized this, the company embedded an engineer in-house to show the team how to perform proactive surveillance. It was not enough for ODSI to provide the answers. ODSI had to tell them what the answers meant and what to do to make more money (or in some cases, to lose less money), all without bruising egos or raising fears that automation was stealing their jobs.

The first thing that ODSI did next was to introduce the operations and production engineers to the reservoir engineers and to establish lines of communication. ODSI then presented the raw data and showed them how the automated processing and analysis worked. After demonstrating and validating ‘the process,’ ODSI walked the team through the evaluation of each well, pointing out what the pre-drill expectations were, what the real expectations were, and pointing out which wells had ‘issues’ that needed to be addressed.

This continued interaction with the operator led to the scrapping of expensive and redundant instrumentation in future wells ($3MM a pop), avoided unnecessary interventions in existing subsea wells, and allowed the operator to know the safe maximum flowrate for each well. Voila! Value creation!!!

Then the Hydra heads of Management and R&d (yes, big ‘R’, s mall ‘ d’) s howed t hemselves. T he a utomated a nalysis (confirmed by manual analysis) indicated that the reserves of two of the wells were 3-4 times lower than the pre-drill expectations. This would have led to several other budgeted dry holes in the same play being scrapped.

So, the management solution was to ask ODSI to ‘stop doing those reserve calculations,’ and to require their engineers to continue to operate the wells as if they had the pre-drill reserves.

Furthermore, since value was being created (at least until management stepped in), the company’s R&d department got wind of the project.

All of the services involve having ODSI’s engineers shadowing and training the operator’s surveillance engineers, providing insight as to what the results mean and looking for ways to provide value

This led to them ‘studying’ the ODSI system and concluding that since they couldn’t duplicate the technology, it was therefore impossible and couldn’t be done, and shouldn’t be tried by anybody else; at least until they could duplicate it, and the circle continues!

All of this occurred before “digitalization” really took off, leading to yet another level of middle management visionaries whose job description is to prevent accountability by expectorating buzzwords that make bankers and board members wax obsequiously.

A similar storyline played out at most of the other majors. This led the team at ODSI to ask themselves, “Which companies are using data and digitalization to just further obfuscate the answers and insulate management from bad decisions, and which ones are using it (or would like to use it) to make money?”

It’s actually pretty easy to tell which companies are not potential clients, just by hearing what they say at conferences and in press releases. Fair quips, “When you hear that the stated company goals are to ‘go to the cloud’ (aka outsource IT), to ‘enhance our abilities by enabling a common visualization framework’ (see pretty graphs and pie charts on-screen), or to ‘create a new paradigm of digitalization pathways’ (Who knows what that means!), you know that company is just caught up in the buzzwords and doesn’t have a clue how to make more money by examining their own data.”

Fair explains, “We also had to accept that as soon as a company has a building full of experts, there’s little hope of introducing any new ideas. Since upper management really doesn’t know much about using pressure and rate data to make money, they rely on these ‘experts’ and really only empower them to say ‘No.’ So, ODSI focuses its attention on the independent (mainly offshore) operators.”

Today, ODSI includes experienced surveillance engineers as part of its service. Some clients want just the production KPIs (how hard can they flow the well without coning water or sanding it up?) and the calculated flow rates and BHPs, some want just the EUR evaluation, some want just the automatic build-up analysis; but all of the services involve having ODSI’s engineers shadowing and training the operator’s surveillance engineers, providing insight as to what the results mean and looking for ways to provide value. As Fair concludes, “We’re a digital service company. If we can’t make you more money, why should you pay us!”

Description
ODSI is a subsurface consulting firm that specializes in O&G reservoir and production engineering and frac design/evaluation. ODSI includes experienced surveillance engineers as part of its service. Some clients want just the production KPIs (how hard can they flow the well without coning water or sanding it up?) and the calculated flow rates and BHPs, some want just the EUR evaluation, some want just the automatic build-up analysis; but all of the services involve having ODSI’s engineers shadowing and training the operator’s surveillance engineers, providing insight as to what the results mean and looking for ways to provide value 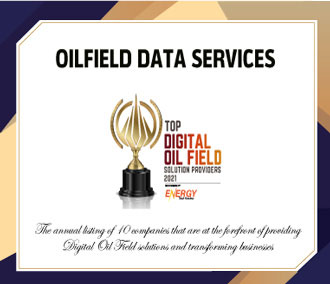